Over 125 Years of Family and Tradition

The current membership of AKSE reveals much about its history, and its future.  It includes members whose connection with the congregation goes back as far as six generations.  We are a very inclusive congregation; more and more families include converts and non-Jewish spouses, who find a welcoming home at AKSE.  We strive to welcome and link all members—new and old—into the extended Adas Kodesch Shel Emeth family. 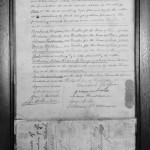 The theme of tradition is embodied in the religious practices of the congregation and the dedication to passing Jewish practice and teaching from one generation to the next.  While tradition has been a constant at AKSE, that does not mean that the congregation has not seen many changes throughout its history.  No institution can flourish for more than 125 years without renewing itself to meet the challenges of the constantly changing community and world around it. 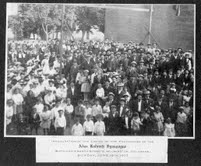 Much of the Adas Kodesch story revolves around the groups of Jews that settled in Delaware, at times finding common ground and at other times needing to express their unique differences.  In her acclaimed book, “Becoming American, Remaining Jewish: The Story of Wilmington, Delaware’s First Jewish Community, 1879-1924” (Associated University Presses, 1999), Toni Young details the early history of Adas Kodesch.  “During the 1880’s, the Jewish population of Wilmington expanded quickly [from fewer than 100] to some 500 people.”  By 1885, the new arrivals were mainly from Eastern Europe.  There were now “two vastly different groups of Jewish immigrants in Wilmington, those who danced in satin at fancy balls, and those who struggled to make a living in a new land.”  The newcomers did not feel comfortable among the existing population of Americanized and mostly Reform Jews and “immediately established a more traditional synagogue, Adas Kodesch.”  Incorporation followed in 1889. 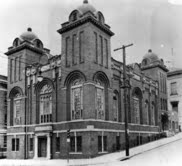 The old joke “two Jews, three opinions” has played out in the Wilmington Jewish community and at Adas Kodesch over the years.  At times, diversity has been met with tolerance; at other times, with tensions.  Already in 1888 a second Orthodox synagogue was formed, Ahavath Achim.  By 1890, the two congregations jointly purchased the Lombardy Cemetery.  This purchase also resulted in the merger of the two congregations.  In 1900, a group of Jews who preferred the Sephardic ritual formed Chesed Shel Emeth Congregation.  Eventually, in 1957, the two traditional congregations merged to form Adas Kodesch Shel Emeth.

Beginning in the 1940’s, Adas Kodesch implemented a series of changes to meet the needs of an increasingly Americanized Jewish community.  The congregation introduced “mixed seating” and engaged an American born rabbi, Rabbi Joseph Singer.  Rabbi Singer delivered his sermons in English (rather than Yiddish) and initiated a “late service” at 8:00 p.m. on Friday nights.

In December 1947, Rabbi Leonard B. Gewirtz became rabbi of Adas Kodesch.  With his dynamic personality and intellect, Rabbi Gewirtz brought a dedication to making traditional Judaism relevant to modern American Jews.  Reacting to a debate in the congregation at the time concerning whether an Orthodox or Conservative rabbi should be engaged, Rabbi Gewirtz, an Orthodox rabbi, suggested that Adas Kodesch be considered “Traditional”—neither strictly Orthodox nor Conservative.

Over the next 42 years, Rabbi Gewirtz led a period of growth and innovation in the Jewish religious life of the congregation and community.  He started several of the institutions we take for granted today, including the Rabbinical Association of Delaware, the Va’ad Hakashruth and the “Rabbi Speaks” on WDEL.  He loved to engage teenagers, teaching Confirmation classes, the Minyonaires prayer group, and at Gratz.  In 1956, he organized the first Bat Mitzvah in Delaware. Among Rabbi Gewirtz’s admirers and friends was Vice President Joseph Biden, who, when he was our Senator, fondly called him “my rabbi.” 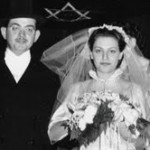 Though a congregation is defined more by its people than its brick and mortar, part of the history of renewal of AKSE is certainly told through its synagogue buildings.  In 1898 Adas Kodesch bought the Zion Lutheran Church at Sixth and French Streets for $5,625.  This building became the first synagogue in Delaware.  Interestingly, the building was also the first Lutheran church in Delaware, as well as the site of the first free public school in Delaware.  The congregation outgrew the building before long.  In 1907 the building was razed, and a new synagogue was built there and dedicated in 1908.  In reporting the laying of the cornerstone, the Wilmington newspaper (The Star, August 18, 1907) declared that the synagogue “will be one of the most magnificent structures of its kind in this section of the country.”  Only seven years later, in 1915, Chesed Shel Emeth dedicated its new synagogue building on Shipley Street.  This was a period of change for the entire Wilmington Jewish community: the reform Temple of Truth also dedicated a new building in 1908. 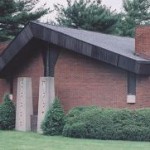 By 1959 the growth of Adas Kodesch and the recent merger with Chesed Shel Emeth led to the establishment of a Building Committee.  Percival Goodman, the leading synagogue architect in the United States, was engaged.  The beautiful building at Washington Blvd. and Torah Way, which we know today, was dedicated in 1963.  In 1994 the Sanctuary was completely renovated and dedicated to Rabbi Leonard and Gladys Gewirtz.  Between 2007 and 2010 additional renovations were made throughout the building.

It is a sign of its vitality that AKSE continues to renew itself to this day, even as it rededicates itself to the values of family and tradition.  The congregation’s current spiritual leader, Rabbi Steven Saks, is philosophical about its longevity.  He explains that “Judaism is not a one generational project.  Rather it is an ongoing quest to infuse Kedusha (holiness) into the world, to bridge the gap between heaven and earth.  We achieve this goal by infusing the world with G-d’s Torah.  Each generation is charged with closing this gap, and AKSE has been a leading force in this quest right here in Wilmington.”